One of the greatest statesmen Britain can claim, Prime Minister Stanley Baldwin, presided over one of the most difficult periods of his nation’s life. He was in an incredible number of ways the “British Calvin Coolidge.” He served as Britain’s Prime Minister not only at the same time as President Coolidge here in America but he forged ever larger electoral victories stemming the tide toward socialism with an often underestimated ability to translate what regular people felt and knew to be true into concrete policies. He had an uncanny ability to distill details into their essential components. His invaluable training as Financial Secretary prepared him in the economical administration of the public Treasury. He had his own brand of Coolidgesque “luck,” rising steadily as a dependable “work horse” to command much of public affairs. He outsmarted the best politicians of his day, including the legendary Lloyd George, Ramsay MacDonald, Neville Chamberlain, and even Winston Churchill. He held no special regard for those who proclaimed themselves “disinterested experts” or “intellectuals,” seeing through their lack of substance and flimsy attempts to be the smartest people in the room. Yet, he is blamed for just about everything that went wrong after his retirement, a department (by the way) at a time of his own choosing, just as Cal did and was subsequently criticized for all that followed. Perhaps because both men possessed a kind of strength lacking in most of those who came after them in office is why the weight of other men’s deficiencies were thrown upon them as well. Baldwin had led the nation through the rebuilding after world war, the upheaval of a general strike, an abdication, and economic turmoil. Here he is: a master of radio, exceptionally successful at both electoral victory and governance, the defender of constitutional administration, and a man of genuine integrity.

I enthusiastically recommend Philip Williamson’s book on Stanley Baldwin, the British Coolidge. While it might be unfair to the late Earl Baldwin to oversimplify his character and accomplishments – which stand on their own merits – to analogize him to Cal, but it serves the purpose of reminding us that conservative principles have champions of courage and strength throughout time and place. This speaks to the power and resilience of those principles. It is nonetheless interesting how like-minded individuals rise to leadership contemporary with each other, from Reagan and Thatcher to Coolidge and Baldwin. 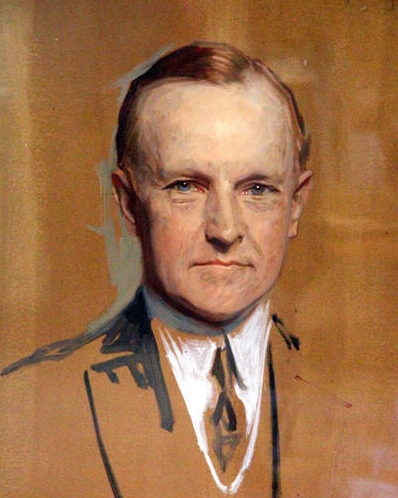