“To live under the American Constitution is the greatest political privilege that was ever accorded to the human race” — President Coolidge speaking from the White House, December 12, 1924

“It is axiomatic that our country can not stand still. It would seem to be perfectly plain from recent events that it is determined to go forward. But it wants no pretenses, it wants no vagaries. It is determined to advance in an orderly, sound and common-sense way. It does not propose to abandon the theory of the Declaration that the people have inalienable rights which no majority and no power of government can destroy. It does not propose to abandon the practice of the Constitution that provides for the protection of these rights. It believes that within these limitations, which are imposed not by the fiat of man but by the law of the Creator, self-government is just and wise. It is convinced that it will be impossible for the people to provide their own government unless they continue to own their own property. These are the very foundations of America” — President Coolidge’s Second Annual Message, December 3, 1924

“What America needs is to hold to its ancient and well-charted course. Our country was conceived in the theory of local self-government. It has been dedicated by long practice to that wise and beneficent policy. It is the foundation principle of our system of liberty. It makes the largest promise to the freedom and development of the individual. Its preservation is worth all the effort and all the sacrifice that it may cost” — December 12, 1924.

Today, September 17, marks the 226th year since the last meeting of the Convention in Philadelphia and the signing of the Constitution. What a remarkable achievement and prescient blueprint has been handed down to us. Happy Constitution Day! 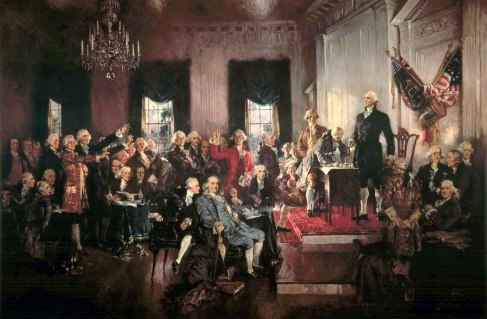