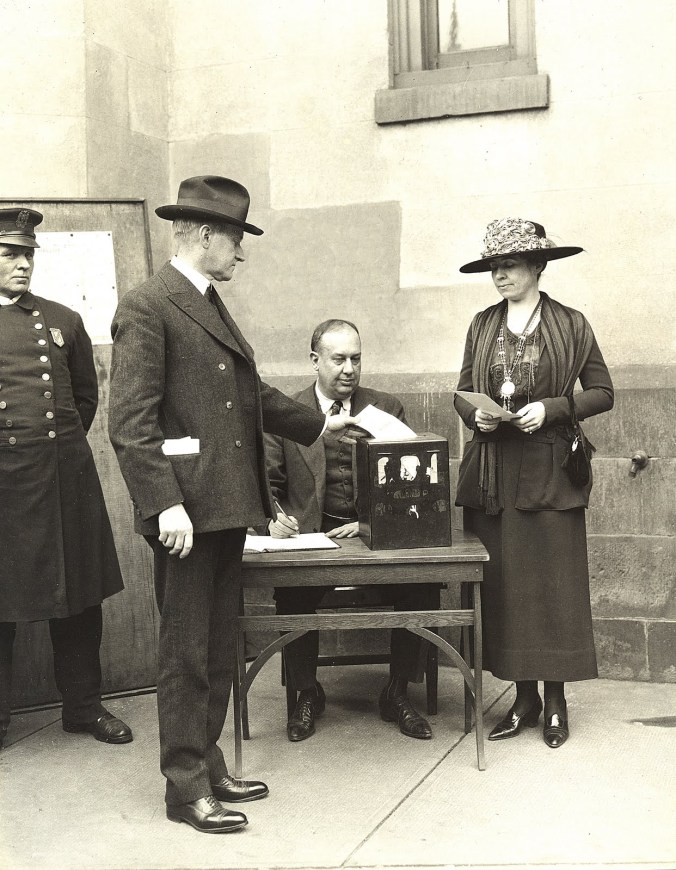 The Coolidges as they cast their votes in the 1920 Election.

“The people of our country are sovereign. If they do not vote they abdicate that sovereignty, and they may be entirely sure that if they relinquish it other forces will seize it, and if they fail to govern themselves some other power will rise up to govern them. The choice is always before them—whether they will be slaves or whether they will be free. The only way to be free is to exercise actively and energetically the privileges, and discharge faithfully the duties which make freedom. It is not to be secured by passive resistance. It is the result of energy and action.”

—Calvin Coolidge, excerpt from a radio address on “The Duties of Citizenship” given from the White House, November 3, 1924.