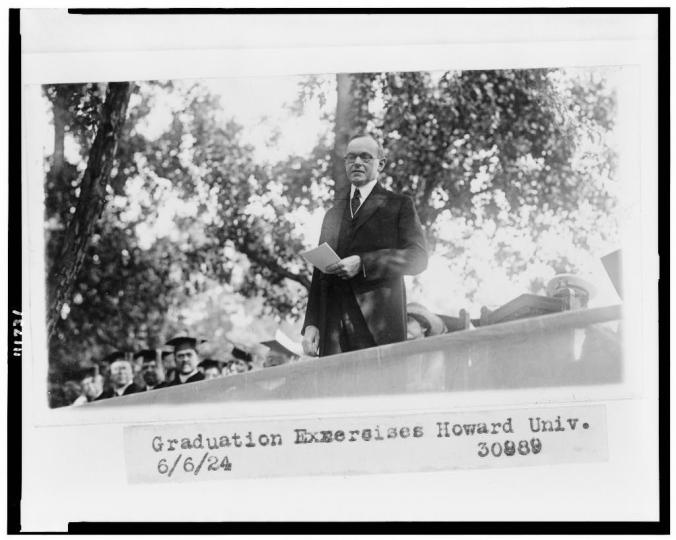 “We are not all permitted the privilege of a university training. We can not all enter the professions. What is the great need of American citizenship? To my mind it is this, that each should take up the burden where he is. ‘Do the day’s work,’ I have said, and it should be done in the remembrance that all work is dignified. Your race is entitled to great praise for the contribution it makes in doing the work of the world.

“There will be other crises in the national history which will make other demands for the fullest and most unselfish contribution to the national interest. No generation will be denied its opportunity, will be spared its duty, to put forth its best efforts. We devoutly hope that these contributions will not be demanded upon the field of battle. But they will be just as truly needed, just as urgently summoned, in the activities of peace, the efforts of industry, the performance of all the obligations of citizenship. We can not go out from this place and occasion without refreshment of faith and renewal of confidence that in every exigency our Negro fellow citizens will render the best and fullest measure of service whereof they are capable…” — President Calvin Coolidge, June 6, 1924.

Snapshots from Howard University in the 1920s and some of the graduating class of 1924, whom Coolidge addressed. 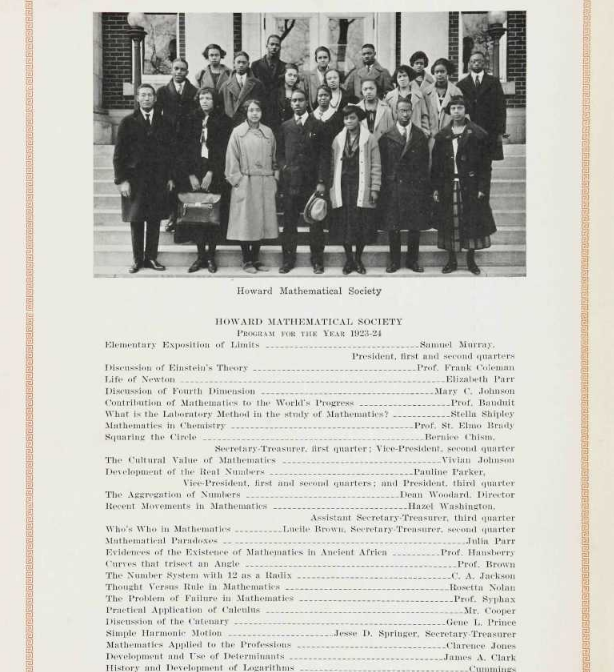 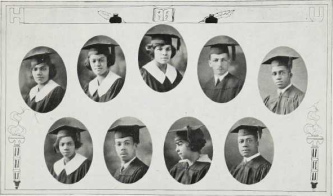 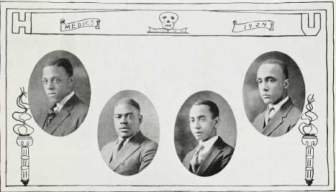 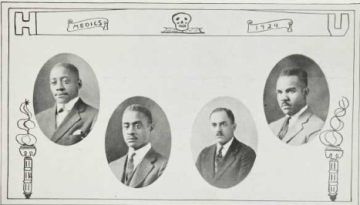 At Tuskegee the previous year… 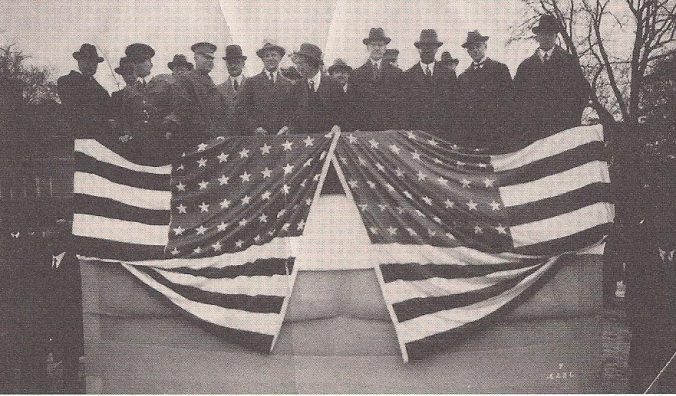 Gathering at the dedication of the hospital for veterans at Tuskegee, 1923. Then-Vice President Coolidge stands center above the flag to the right, to his left is Dr. Robert R. Moton, President of Tuskegee. Photo courtesy of Dan T. Williams, Archivist at Tuskegee University.

“Those who stir up animosities, those who create any kind of hatred and enmity are not ministering to the public welfare. We have come out of the war with a desire and a determination to live at peace with all the world. Out of a common suffering and a common sacrifice there came a new meaning to our common citizenship. Our greatest need is to live in harmony, in friendship, and in good-will, not seeking an advantage over each other but all trying to serve each other. In that spirit let us dedicate this hospital and dedicate ourselves to the service of our country.” — Vice President Coolidge, February 12, 1923, at the dedication ceremonies of the Veterans’ Hospital, Tuskegee. 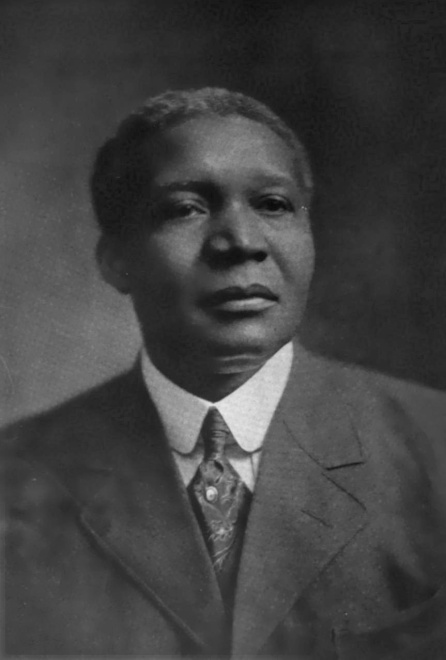 The dedication came at the high tide of a conflict between local, state and federal officials – black and white – over who would staff the Hospital. Some wanted the positions held for whites, others fought for keeping the staff entirely operated and provided for by black doctors, nurses, and support staff. It was a sharply contentious question and the Harding-Coolidge administration prevailed on the side of Dr. Moton making U.S. Veteran’s Hospital No. 91 the first institution staffed entirely by black personnel serving black veterans still dealing with combat injuries from the First World War. For Coolidge, this was no benign appearance on his part. He was walking into a lion’s den. It was an incendiary situation and he took full advantage of the opportunity to drive home the point of our shared obligation to one another.

Original chapel at Tuskegee Institute, completed in 1898, constructed by the students themselves. It would be before this landmark that the Hospital dedication ceremonies would be held.

Robert R. Taylor, architect of the Chapel and the designer of most of the Tuskegee campus through several decades. Taylor was already the first black to graduate from the prestigious Massacusetts Institute of Technology (MIT) and would help forge a strong connection between the work of Tuskegee, MIT, and Howard University.

The staff of Tuskegee’s Veteran’s Hospital.