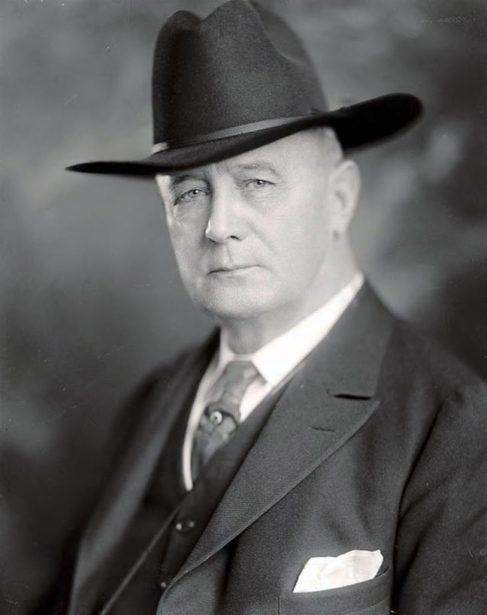 Harry S. New, chosen to be Postmaster General after Hubert Work was moved to head the Interior Department, served faithfully for the next six years during the final months of the Harding administration and all of the Coolidge era. He always appreciated the humorous anecdote, however, and peppered his Cabinet meeting notes with the witty exchanges of the President and his department heads. He writes, “On a certain occasion, Attorney General Stone and Secretary Hoover had slipped away to the Florida Keys for a week, at the end of which they came back wonderfully tanned but without having had very good luck.

“When the President entered his first query on looking at the two sunburned members was, — ‘Fish bitin’?’

“Hoover said, ‘No, Mr. President, not very well but we were out of touch with the world for a week and that was worth a good deal.’

‘To the world?’ queried Coolidge.”

All good humor contains an element of truth. While President Coolidge’s characteristically dry wit is on display here so is the reminder that Hoover diverged sharply from Coolidge’s worldview and executive approach.

Some “scholars,” having accepted without question the political rhetoric of the 1930s, omit this vast difference in philosophy and attitude. They have overlooked the incessant activity of Mr. Hoover and hold Coolidge responsible for his successor’s mistakes. Coolidge points us back to the virtue of political temperance. In the flurry to pass ever more expansive legislation, implement stricter regulations and, with good intentions in both parties, step in to save people with the premise that “bad legislation is better than no legislation at all,” Coolidge’s principled restraint could not be emulated soon enough.