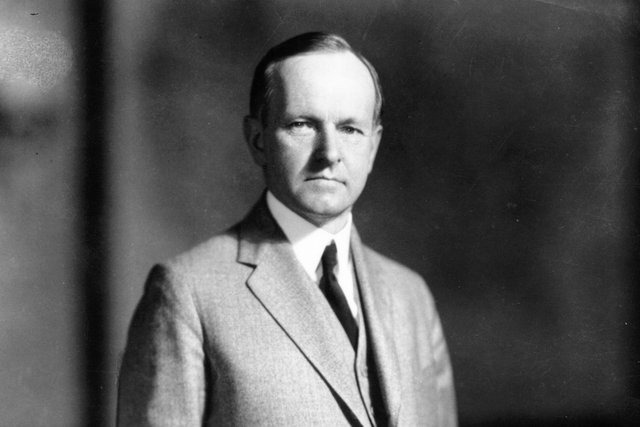 CRITICISM
“That agitation and unrest which has been characteristic of the whole world since the close of the war has had some manifestations here. There is a natural desire in every human mind to seek better conditions. Such a desire is altogether praiseworthy. There must, however, be discrimination in the methods employed. Wholesale criticism of everybody and everything does not necessarily exhibit statesmanlike qualities, and may not be true. Not all those who are working to better the condition of the people are Bolsheviki or enemies of society. Not all those who are attempting to conduct a successful business are profiteers. But unreasonable criticism and agitation for unreasonable remedies will avail nothing. We, in common with the whole world, are suffering from a shortage of materials. There is but one remedy for this, increased production. We need to use sparingly what we have and make more. No progress will be made by shouting Bolsheviki and profiteers. What we need is thrift and industry. Let everybody keep at work. Profitable employment is the death blow to Bolshevism and abundant production is disaster to the profiteer. Our salvation lies in putting forth greater effort, in manfully assuming our own burdens, rather than in entertaining the pleasing delusion that they can be shifted to some other shoulders. Those who attempt to lead people on in this expectation only add to their burdens and their dangers.”

LAWLESSNESS
“The people of Boston have recently seen the result of agitation and unrest in its police force. The policy of that department, established by an order of former Commissioner O’Meara and adopted by a rule which has the force of law by the present Commissioner Curtis, prohibited a police union from affiliating with an outside union. In spite of this such a union was formed and persisted in with acknowledged and open defiance of the rules and of the counsel and almost entreaties of the officers of the department. Such disobedience continuing, the leaders were cited for trial on charges and heard with their counsel before the Commissioner. After thorough consideration, and opportunity again to obey the rules, they were found guilty. In order to give a chance to recant sentence was suspended. Shortly after, three fourths of the police force abandoned their posts and refused further to perform their duties. During the next few hours, there was destruction of property in the city but happily no loss of life…It was my duty to support him [Commissioner Curtis] in the execution of the law and that I should do…On account of the public danger, I called on the Commissioner to aid me in the execution of my duties of keeping order, and issued a proclamation to that effect…There is an obligation to forgive but it does not extend to the unrepentant. To give them aid and comfort is to the support their evil doing and to become what is known in law as an accessory after the fact. A government which does that is a reproach to civilization and will soon have on its hands the blood of its citizens.” 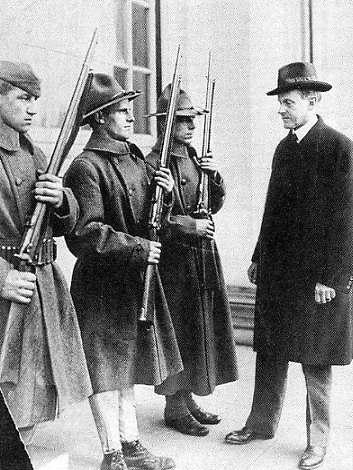 PUBLIC ORDER
“The response to the appeal to support the Government of Massachusetts in sustaining law and order was instantaneous. It came from the State Guard, from volunteers for police, and the militia, from contributions gathered among all classes now reaching hundreds of thousands of dollars, from the loyal police of Boston, from all quarters of the Commonwealth and beyond. These forces may all be dissipated, they may be defeated, but while I am entrusted with the office of their Commander-in-Chief they will not be surrendered. Over them and over every other law-abiding citizens has gone up the white flag of Massachusetts. Who is there that by compromising the authority of her laws dares to haul down that flag? I have resisted and propose to continue in resistance to such action. The issue is perfectly plain…It is seeking to prevent a condition which would at once destroy all…that is the foundation of civilization by maintaining the authority and sanctity of the law. When that goes all goes. It costs something but it is the cheapest thing that can be bought; it causes some inconvenience but it is the foundation of all convenience, the orderly execution of the laws.
“The people understand this thoroughly. They know that the laws are their laws and speak their voice. They know that this Government is their Government founded on their will, administered by their representatives. Disobedience to it is disobedience to the people. They know that the property of the Commonwealth is their property. Destruction of it destroys their substance. The public security is their security. When that is gone they are in deadly peril. And knowing this the people have a determination to support the Government with a resolution that is unchanging.
“It is my purpose to maintain the Government of Massachusetts as it was founded by her people, the protector of the rights of all but subservient to none. It is my purpose to maintain unimpaired the authority of her laws, her jurisdiction, her peace, her security. This ancient faith of Massachusetts which became the great faith of America, she reestablished in her Constitution before the army of Washington had gained our independence, declaring for ‘a government of laws and not of men.’ In that faith she still abides. Let him challenge it who dares. All who love Massachusetts, who believe in America, are bound to defend it. The choice lies between living under coercion and intimidation, the forces of evil, or under the laws of the people, orderly, speaking with their settled convictions, the revelation of a divine authority” — Governor Calvin Coolidge, excerpts from an Address at the Tremont Temple in Boston to the Republican State Convention, October 4, 1919.

“Massachusetts Did It” by Grant Hamilton, cartoon from 1919, shortly after the Boston Police Strike, consequent lawlessness, and the Governor’s decisive defense of law and public order.