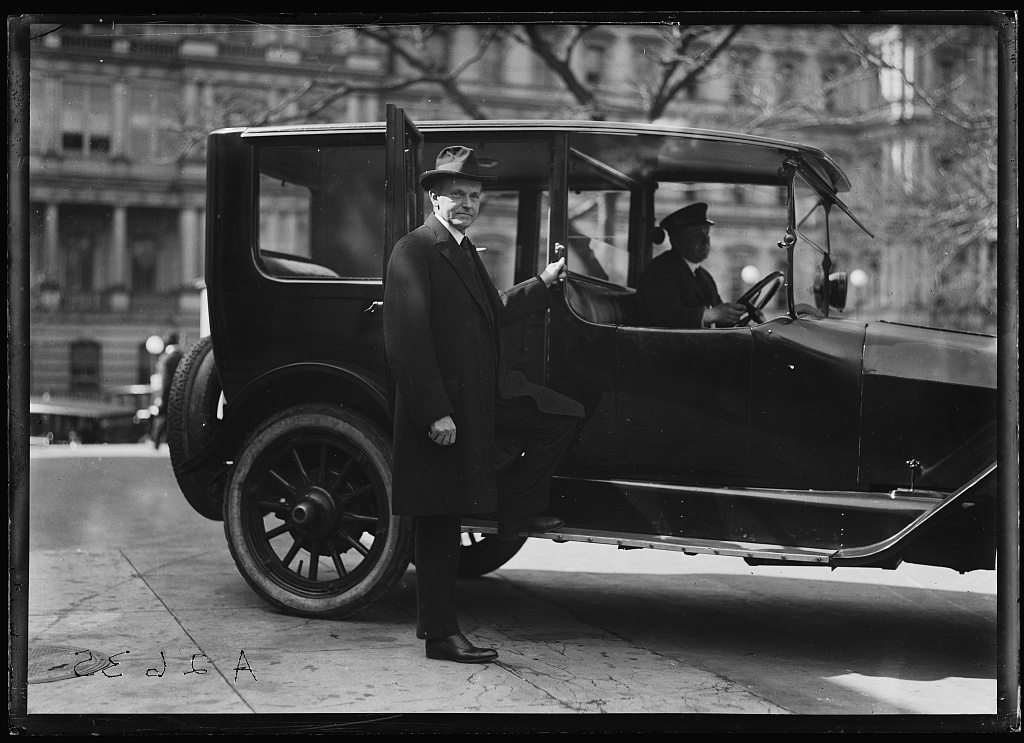 President Coolidge at the State, War and Navy Department offices, Washington. Courtesy of the Library of Congress.

“No person was ever honored for what he received. Honor has been the reward for what he gave” — Governor Calvin Coolidge, upon vetoing a $500 salary increase by the Massachusetts House, 1919 (Have Faith in Massachusetts, p.173)

“All artificial privilege always has and always will destroy itself. The law of service is the law of action” — Adequate Brevity p.99

“The principle of service is not to be confounded with a weak and impractical sentimentalism” — p.98

“Titles to nobility cannot be granted or seized. They can only be achieved. They come through service, as yours came, or they do not come at all” — p.99

“Society will remain a living organism sustaining hope and progress, content to extend its dominion not by conquest but by service” — p.100

“It is time in every activity in our land, for men in every relationship, to stop trying to get the better of each other and begin trying to serve each other” — p.99

“The service which America has rendered to others has been to a considerable degree one of example” — p.98

“If our country is to stand for anything in the world, if it is to represent any forward movement in human progress, these achievements will be measured in no small degree by what it is able to do for others” — p.99

“We have been, and propose to be, more and more American. We believe that we can best serve our own country and most successfully discharge our obligations to humanity by continuing to be openly and candidly, intensely and scrupulously, American” — Inaugural Address, March 4, 1925 (Foundations of the Republic pp.194-5).

“More and more men are seeking to live in obedience to the law of service under which those of larger possessions confer larger benefits upon their fellow men” — Adequate Brevity p.99

“Public acclaim and the ceremonial recognition paid to returning heroes are not on account of their government pay but of the service and sacrifice they gave their country” — p.100

“America first is not selfishness; it is the righteous demand for strength to serve” — p.99