There is something fundamentally transforming about thankfulness. When we give proper place to gratitude, it expels selfish indifference and immediately kindles a sense of perspective. It instantly creates a place where the heart begins preparing for the kind of service that endures. Coolidge once said that it is when we turn to worship that we begin to grow. Gratitude is but the first – and most vital – ingredient to that growth. Cal considered this day set apart not as an occasion to feast and receive material abundance but to take account of what we have and to give. He considered it “characteristically” American because it is what breathed life into our Republic at its inception and what remains necessary if it is to survive beyond our memories.

It means we cannot much longer experience that abundant estate with which we have been entrusted if we withhold full hearts of humble gratitude to Him who furnishes us so overwhelming with a measure of good. Perhaps it is in having that sacred gift of life itself. Perhaps it is in the shelter that shields us each night, the daily nourishment that sustains us, or the simple dignity of earning for ourselves and those who look to us for daily survival. Perhaps it is in acknowledging our promises, whether it be to the wife (or husband) of our youth or to the parent in maturity. Perhaps it is the ministry of public office that demands we serve not our own interests but have been raised to a holy trust placed in mortal hands to do with it what is right and faithful, the only real good that exists beyond the vapid and temporal possession of power.

Your position, whoever you are, does not exist for your own self-aggrandizement but, as Coolidge once said, “for service.” Anything less is a squandered inheritance of authority. Gratitude empties us of our our own willful desires to take up a much higher summons toward genuine honor and unflagging duty. It is no easy pack to bear but for this generation to meet its obligations to the future, it must be carried with perseverance nonetheless.

It makes reflecting on President Coolidge’s November 1923 Thanksgiving Proclamation all the more sobering as we peer into what 2017 may hold. The task ahead is neither the mundane work of a ship’s crew nor the cavalier indifference of a cruise ship. Most of us on some level now feel the existential danger our corporate decision-making has produced, especially in recent years.It is partaking of the same spirit demonstrated by the men and women not only of ’76 and ’87 but of generations before and since who forged ahead when tempted to give up and exemplified true strength when it was far easier to avert personal risk and real pain.

The way forth cannot come by returning to the old modes of behavior, the base impulses of hatred, envy, falsity, and a flippant expectation that somehow, someone else can (let alone will) rescue America’s greatness for us. Pursuing the result rather than the source has already shown to be just as elusive as a mirage in the wilderness. The humble gratitude and heart for service necessary to preserve what lifted America to greatness – not attained by pursuing greatness itself – came about through the goodness of character inscribed not merely on paper but within millions of human hearts.

Cultivating and nurturing again this foundation of character will only begin the arduous path forward. It will not come by trusting any human institution to save us from ourselves. It will not come by continuing to seek (either through public policy or personal “morality”) an escape from all pain or discomfort. It carries an obligation that will not and indeed cannot be escaped. Just as we begin to grow when we embrace the humility to worship, so we shrink and regress as individuals when we cast aside those requirements. Nations do the same. Without gratitude there can be no blessing. Without the service each and every one of us must render we can expect a future that not only forfeited liberty but offers peace without honor and comfort stripped of dignity. 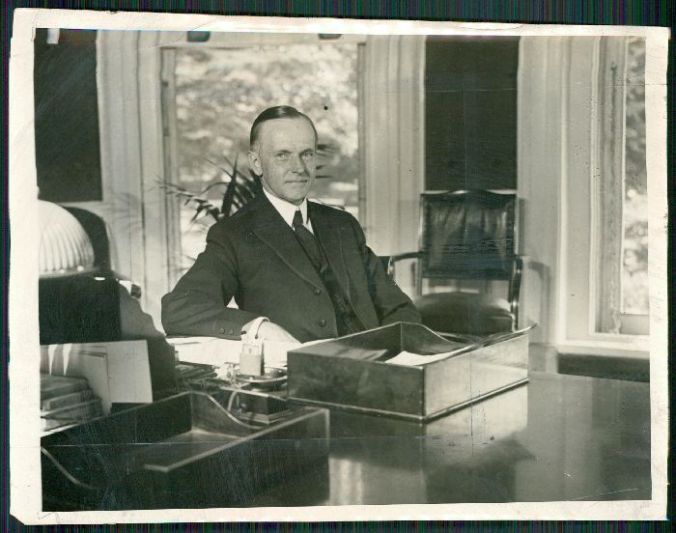 President Coolidge expressed it well 93 years ago when he wrote:

“The American people, from their earliest days, have observed the wise custom of acknowledging each year the bounty with which divine Providence has favored them. In the beginnings, this acknowledgment was a voluntary return of thanks by the community for the fruitfulness of the harvest. Though our mode of life has greatly changed, this custom has always survived. It has made Thanksgiving Day not only one of the oldest but one of the most characteristic observances of our country. On that day, in home and church, in family and in public gatherings, the whole nation has for generations paid the tribute due from grateful hearts for blessings bestowed.

“To center our thought in this way upon the favor which we have been shown has been altogether wise and desirable. It has given opportunity justly to balance the good and the evil which we have experienced. In that we have never failed to find reasons for being grateful to God for a generous preponderance of the good. Even in the least propitious times, a broad contemplation of our whole position has never failed to disclose overwhelming reasons for thankfulness. Thus viewing our situation, we have found warrant for a more hopeful and confident attitude toward the future.

“In the current year, we now approach the time which has been accepted by custom as most fitting for the calm survey of our estate and the return of thanks. We shall the more keenly realize our good fortune, if we will, in deep sincerity, give to it due thought, and more especially, if we will compare it with that of any other community in the world…

“We have been blessed with much of material prosperity. We shall be better able to appreciate it if we remember the privations others have suffered, and we shall be the more worthy of it if we use it for their relief. We will do well then to render thanks for the good that has come to us, and show by our actions that we have become stronger, wiser, and truer by the chastenings which have been imposed upon us. We will thus prepare ourselves for the part we must take in a world which forever needs the full measure of service. We have been a most favored people. We ought to be a most generous people. We have been a most blessed people. We ought to be a most thankful people.

“Wherefore, I, Calvin Coolidge, President of the United States, for hereby fix and designate Thursday, the twenty-ninth day of November , as Thanksgiving Day, and recommend its general observance throughout the land…In witness whereof, I have hereunto set my hand and caused to be affixed the great seal of the United States.

“Done at the City of Washington, this 5th day of November, in the year of our Lord One Thousand Nine Hundred and Twenty-Three, and of the Independence of the United States, the One Hundred and Forty-Eighth.”

2 thoughts on “On Gratitude”