What follows is a speech delivered by Governor and Vice President-elect Calvin Coolidge at the exercises on the 300th anniversary of the landing of the Pilgrims at Plymouth, Massachusetts, December 21, 1920. Thanks go to Coolidge scholar Jerry Wallace for sharing the text of this speech. 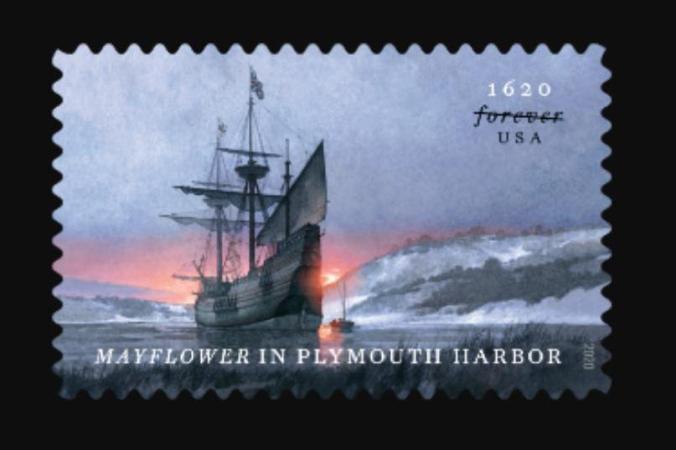 Three centuries ago to-day the pilgrims of the Mayflower made final landing at Plymouth Rock. They came not merely from the shores of the old world. it will be in vain to search among recorded maps and history for their origin. They sailed up out of the infinite.

There was among them small trace of the vanities of life. They came undecked with orders of nobility. They were not children of fortune but of tribulation. Persecution, not preference, brought them hither; but it was a persecution in which they found a stern satisfaction. They cared little for titles; still less for the goods of this earth; but for an idea they would die. Measured by the standards of men of their time, they were the humble of the earth. Measured by later accomplishments, they were the mighty. In appearance weak and persecuted they came—rejected, despised—an insignificant band; in reality strong and independent, a mighty host of whom the world was not worthy, destined to free mankind. No captain ever led his forces to such a conquest. Oblivious to rank, yet men trace to them their lineage as to a royal house.

Forces not ruled by man had laid their unwilling course. As they landed, a sentinel of Providence, humbler, nearer to nature than themselves, welcomed them in their own tongue. They came seeking only an abiding-place on earth, “but lifted up their eyes to heaven, their dearest country,” says Governor Bradford, “where God hath prepared for them a city.” On that abiding faith has been reared an empire, magnificent beyond their dreams of Paradise.

Amid the solitude they set up hearthstone and altar; the home and the church. With arms in their hands they wrung from the soil their bread. With arms they gathered in the congregation to worship Almighty God. But they were armed, that in peace they might seek divine guidance in righteousness; not that they might prevail by force, but that they might do right though they perished.

What an increase, material and spiritual, three hundred years has brought that little company is known to all the earth. No like body ever cast so great an influence on human history. Civilization has made of their landing-place a shrine. Unto the Commonwealth of Massachusetts has been intrusted the keeping of that shrine. To her has come the precious heritage. It will be kept as it was created, or it will perish, not with an earthly pride but with a heavenly vision.

Plymouth Rock does not mark a beginning or an end. It marks a revelation of that which is without beginning and without end—a purpose, shining through eternity with a resplendent light, undimmed even by the imperfections of men; and a response, an answering purpose, from those who, oblivious, disdainful of all else, sailed hither seeking only for an avenue for the immortal soul.

— Calvin Coolidge, Governor of the Commonwealth of Massachusetts