Courts are established, not to determine the popularity of a cause, but to adjudicate and enforce rights.

No litigant should be required to submit his case to the hazard and expense of a political campaign.

No judge should be required to seek or receive political rewards…

The electorate and judiciary cannot combine.

A hearing means a hearing.

When the trial of causes goes outside the court-room…constitutional government ends.

If I appoint..a judge, can he see the issues of the case over the heads of the parties?

I do not intend to appoint any man…to any court, who cannot do that.

It is well known that when the House of Representatives sits as a judicial body, to determine contested elections, it has a strong tendency to decide in a partisan way. It is to be remembered also that under recent political practice there is a strong tendency for legislatures to be very much influenced by the Executive. Whether we like this practice or not, there is no use denying that it exists.

With a dominant Executive and a subservient legislature, the opportunity would be very inviting to aggrandizement and very dangerous to liberty. That way leads toward imperialism.

Some people do not seem to understand fully the purpose of our constitutional restraints. They are not for protecting the majority, either in or out of the Congress. They can protect themselves with their votes. We have adopted a written constitution in order that the minority even down to the most insignificant individual, might have their rights protected.

If the authority now vested in the Supreme Court were transferred to the Congress, any majority no matter what their motive could vote away any of these most precious rights. Majorities are notoriously irresponsible. Every minority body that may be weak in resources or unpopular in the public estimation, also nearly every race and religious belief, would find themselves practically without protection, if the authority of the Supreme Court should be broken down and its powers lodged with the Congress.

On the other hand, the legislatures of states, and sometimes the people, through the initiative and referendum, may pass laws which are very injurious to the minority residents of that state, by attempting to take away the privilege which they hold under the Federal Constitution. Except for the courts, such a minority would have no remedy for wrong done to them…

A deliberate and determined effort is being made to break down the guarantees of our fundamental law. It has for its purpose the confiscation of property and the destruction of liberty…This is not the struggle of the rich and powerful. They will be able to survive. It is the struggle of the common run of the people. Unless we can maintain our institutions of liberty unimpaired they will see their savings swept away, their homes devastated, and their children perish from want and hunger.

Those who want to continue to enjoy the high estate of American citizenship will resist all attempts to encroach upon their liberties by encroachment upon the power of the courts.

We must combat every attempt to break down or to make it easy, under the pretended guise of legal procedure, to throw open the way to reaction or revolution. 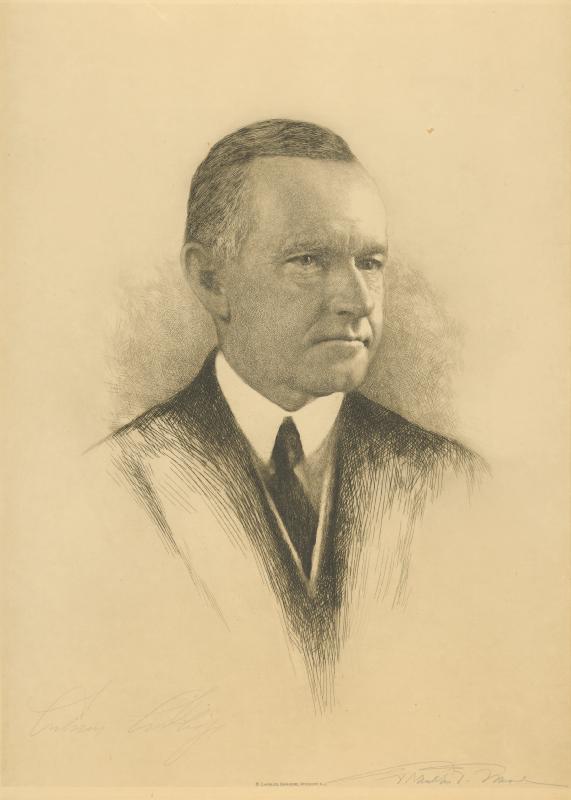